This story was written for Mondays Finish the Story, a weekly prompt provided by Barbara Beacham.  We get the photo and the first line, and then have 100-150 more words to complete the story.  The first line is in italics below.  Click on the blue frog below to read this week’s other stories and to post your own! 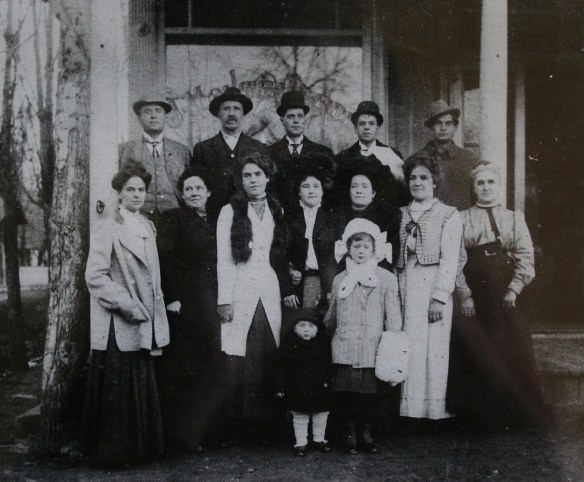 The family had no idea that little Luigi would grow up to be their ruin.  There never was a boy more loved…perhaps he was spoiled.  There were many women in the family, and he was their darling.  The men spoiled him too, though they wouldn’t admit it.  He sat on their laps during trips to town and was hoisted onto their tall shoulders.

Signs of trouble surfaced, but were seen as fighting spirit, which any boy ought to possess.

When the Rowland girl went missing, Luigi’s bed was empty.  His mother woke from a wingback chair when he came in; what she saw must’ve told her the worst.  She walked right past him, out toward the lake, and was never seen again.

Luigi got involved with gamblers and worse.  The family shut the doors to the mansion and changed their name.  Luigi was caught, imprisoned.  No one visited, save the apparition of a woman.  The guards said she wept and kissed his brow.