I got overwhelmed thinking about how to write this post.  I knew I wanted to write about my experience of the Writer’s Digest Conference 2014, but I learned so much that I wasn’t sure where to start.  My friend, fellow writer, and critique partner, Lisa Pais, and I took the train down to New York on Friday night and were in time to join the conference Saturday morning.  We both had work obligations on Friday, preventing us from making the Friday afternoon workshops.

(Looking at the mezzanine at the Roosevelt Hotel, where the conference took place)

I really liked Tim Grahl’s workshop, “How to Sell your First 1,000 Copies.”  Tim is the founder of Out:think.  On their “About” page, they say “We empower your brand, your tribe, your career.”  I felt like I got a lot of good advice on a good philosophy for building one’s author platform as well as some specific suggestions.  My favorite quote from Tim was “Be relentlessly helpful.”  I will try to do that with this blog–I’ll do what I can!  Let me know if anyone has questions, and I’ll answer to the best of my ability.  Tim has his own blog on the Out:think website–you can see a lot of the advice he gives, which made sense to me! 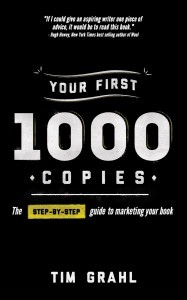 I also enjoyed learning about how Goodreads works from an author’s perspective (thanks to Michael J. Sullivan and his wife, who gave that presentation).  I had used it as a reader, but didn’t really know how it functioned for authors.  I’ve now claimed my author page and have joined some discussion groups.

I learned a lot from the panel including authors Joe Nelms, Sean Ellis, Jeffrey Somers, Kristopher Jansma, Julia Fierro, and Kelly Braffet (and have added a lot of books to my mental–“to read” list–just need to add them to my Goodreads “to read” list now!).  It was eye-opening to hear that some of them had not had their “break-out” until they had gone through multiple agents and written between four and ten manuscripts.  This is good and bad news, right?  Good news that if you haven’t made it in the first few years, or with the first agent, or with the first manuscript, you can still hold out hope that your writing will someday be read in a traditional published form.  Bad news if you’re thinking that finding an agent or writing a book means you’re all set.   I felt good about what I learned though. 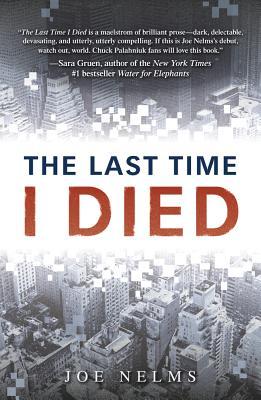 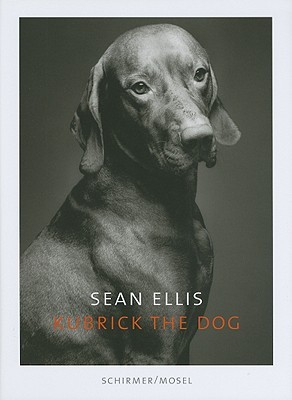 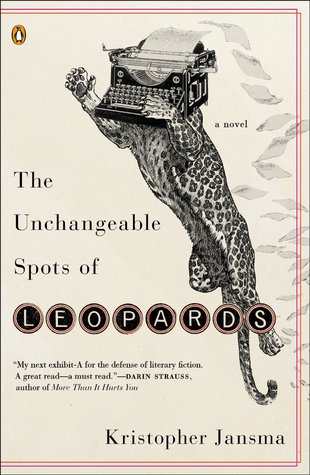 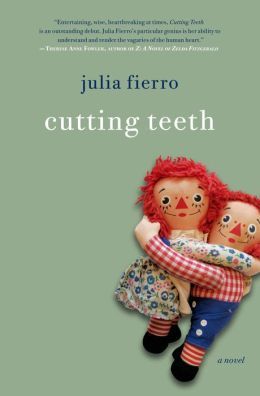 Both keynotes were wonderful–I loved hearing from Harlan Coben and Kimberly Lawson Roby.  Both were inspiring, entertaining, and spoke to a lot of the common experiences that writers have.  I may add some more later on some of the specifics they shared.   I don’t typically read books of the type Coben writes, but liked him so much I think I may have to try one!  I haven’t read Roby’s books before either, but I definitely plan on it.  She was wonderful and I loved how she spoke about her characters. 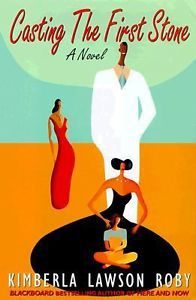 I participated in the Pitch Slam, and was so nervous that I wanted to make sure I kept my hands in my lap during most of my first pitch in case the agent noticed me shaking.  After the first pitch, I realized that I could do this, and that all the time I had spent honing my pitch and practicing talking about my novel did help, and then I was less nervous with the rest of the agents.  They were incredibly nice!  In fact, I think everyone I met at the conference was warm and friendly.  I had been nervous because I was expecting this conference to be much more overwhelming compared with my only other writer’s conference experience, the New England Romance Writers of American conference, which I attended with members of my writer’s group.  By the way, that was also a great conference!  I’m not a romance writer, but learned A LOT–I would recommend going to any writer.  Why was I expecting to be overwhelmed?  I suppose because I was going all the way to the big apple, and felt like I was really ready to pitch my first novel, so I had upped the stakes for myself.

All in all, I certainly feel that the conference was a worthwhile experience.  I always cringe whenever I pay something like that and have a moment of panic, BUT I’m very glad I went.  I’ve also been traveling around for writing and for teacher training, and then went on a road trip with my husband to visit friends of ours out of state.  I’m glad to be home for a few days now and get back into my writing routine!  My writing buddy is tired, too.  He was at doggy daycare the last few days:

Don’t worry–no Gillian Flynn spoilers!  The only possible spoiler is about a long-gone episode of Nip/Tuck (see below).

After a day of recuperation after the fabulous Writer’s Digest Conference at the Roosevelt Hotel in New York, I’m reading to dive back into my blog.  Last week, I was away from home at a training, and met my friend and fellow writer, Lisa Pais on the train down to New York for the conference.  I’ll tell you more about the conference in my next post!

I wanted to share two of my latest reads.  I had heard a lot of buzz about Gillian Flynn’s novel, Gone Girl, so I started reading it last week.  While it didn’t grab me in the first few pages, I was soon hooked.  I loved the characters Flynn created and the way those characters surprised me.  I don’t tend to read psychological thrillers or mysteries, and it had been a long time since I’d read something with the flavor of Gone Girl.  I was impressed with Flynn’s level of detail and the way she tied everything together.  Wow.  I don’t think I could have managed to write that kind of novel!

After Gone Girl, I was eager to add another Flynn novel to my Kindle for my train trip down to NYC.  I ended up deciding on Dark Places, about an adult who has grown up without her immediate family after they were brutally murdered when she was seven.  This novel hooked me immediately (although I was biased toward Flynn at this point!) and I had a hard time putting it down.  My stomach roiled in discomfort several times, but I loved the story and thought the plot and characters were again very well done.

I was reminded of the time period when my husband got me into watching Nip/Tuck.  Did anyone else watch this?  I loved and hated to watch it.  We were behind, so we were watching the seasons on itunes, episode after episode.  The characters were interesting, the plot was exciting, but during and after each episode, I usually felt like I was going to throw up.  After each episode ended, I would think to myself: Wow, I wish I hadn’t watched that.  I should stop watching this.  Then: Let’s click on the next one.  Maybe something good will happen to these characters in the next episode and no one else will get hurt or traumatized.  The arc which stuck with me the longest is probably the one with the crazy agent who had a penchant for making teddy bears…sometimes out of people…I’m shivering and cringing all over again just thinking about it.

Anyway, I liked Dark Places even better than Gone Girl.  For me, Dark Places led me into situations which were extremely enticing because they were bizarre; I had never imagined anything like many of the experiences Flynn’s protagonist, Libby has.

I was trying to talk my husband into fitting Flynn’s books into his schedule, and I was saying to him that I didn’t think I had such disturbing elements in my own writing, and then I realized…I actually do.  Maybe my writing isn’t as different from Flynn’s as I had at first imagined.  I have some sympathy for my own psychopaths and villains, and I know how they ended up the way that they did.  While my novels are not thrillers and don’t have the same feel as Flynn’s, there are some interesting parallels.

This reminded me that it’s important for me to read outside my usual genres and my comfort zone.  There is a lot that I can learn from top-notch writers in any genre.  Especially as a writer, it’s helpful to me to see how writers use the common elements of setting, characterization, plot, tension, etc. in telling very different stories.  In my writer’s critique group as well, though there are some connections that pop up in our writing, we are ultimately telling stories in several genres with different styles.  I love my writer’s group!

I’m also currently reading Omar Farhad’s Honor and Polygamy, which is even further from something I’d normally read.  I’m also in the middle of Kristina Riggle’s Keepsake, which is right in my comfort zone (and which I’m enjoying very much!).  Sometimes, I read books one at a time, but I do find that, especially in the summer, I have some time for reading multitasking, and my brain wants me to spread it a little thinner. 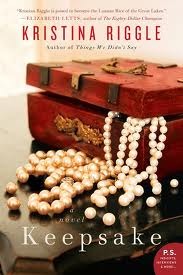 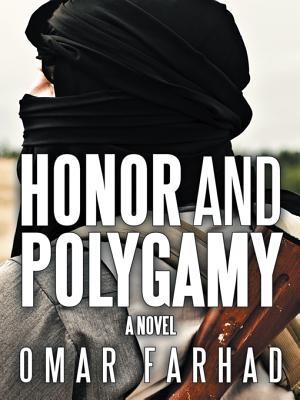 Anyone else had some recent experiences reading outside your typical genre?

(Images are linked to the sites where I got them)

It’s been an interesting week.  My husband and I were just talking about our lives over lunch, and how busy we’ve been, and how we keep saying “We’ll feel less busy when…” but then we never seem to feel less busy.  I’m going to attend the Writer’s Digest Conference next weekend in NYC, and I’ve been writing, editing, and prepping.  My husband is studying to take the bar in two different states.  I also have professional development for my teaching job next week and will be spending the week sleeping in a college dorm room and I will leave directly from there to go to NYC.  These are all good things, but they do add up to busy.

Another challenge of the past few days has been an allergic reaction I’ve had to something (I really don’t know what!), causing me to break out in an itchy rash.  As I’ve been avoiding scratching with cold compresses, cold showers and Benadryl,  I’ve also been trying to get some stuff done.  I think the Benadryl, in addition to making me feel drowsy and spacey, also had a hand in a VERY odd dream I had last night.  This was the weirdest dream I’ve had in some time…I may have to think further on that–is an empty bedroom full of cockroaches symbolic of something?  and a stained coffee table?  and a navy soldier who turns into a gray cat after showing up uninvited to a holiday party?

Despite the odd dream and the odd reaction (please don’t let me unknowingly expose myself to whatever it was again next week!), I have been getting some writing and reading done.  My allergic reaction is abating now, and with that I feel the renewed itch to keep writing.

I’m ready switch gears now, moving from blog to other writing.  I’m Benadryl-free and not too itchy and listening to Jewel and Sheryl Crow.  (I love So You Think You Can Dance!  Did anyone see last night’s?  It reminded me how much I love Jewel.  Every week I watch and want to become a dancer.  It would be SO cool to dance like they do!)

As I try to stay in my place of calm focus, my writing companion has no trouble feeling relaxed: he is an inspiration, isn’t he?